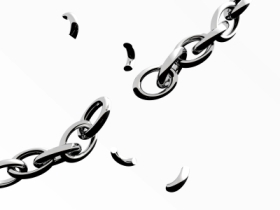 Perhaps you’ve heard the phrase “perception is reality.”  We assume that what we perceive must be the way it really is so we have a tendency to believe basic limiting beliefs about ourselves, many times overlooking other evidence to the contrary.  If you find yourself with a set of negative beliefs that limit your ability to achieve your goals, then it is time to exchange those beliefs for more self-confidence and optimism.

We would like to think that as adults we are in full control of our thoughts.  This is not always the case.  Much of what you will think about today will follow the same thought patterns from yesterday and the before that.  Some of those patterns or beliefs, particularly negative ones, stem from your younger years.  During this time, your mind was impressionable to the words and actions of the people around you.  This included: your parents, other relatives, teachers, friends or bullies and even the people you saw on TV.  Let’s say your father was an emotionally abusive alcoholic who would frequently accuse you of being “worthless.”  As a child or young teenager, you don’t really have any protection against this kind of emotional assault.  If you are told something often enough as a child, chances are high that on some level you will come to believe it.  Consciously you may not, but subconsciously, that idea has taken root.  It makes no difference that it might be ridiculously untrue.  The mind stores information learned for future use.

As an adult, your mind includes some of the same programming that you learned as a child.  It thinks that whatever you learned will somehow benefit you in the future.  In the case of the young boy with the alcoholic father, he may have learned to keep quite to avoid the wrath of his father.  As an adult, he may find himself unable to speak, with severe anxiety whenever he attempts to speak to his bosses.  His mind is still trying to protect him by keeping him quiet.  While the old programming no longer serves a purpose, the subconscious mind does not take that into account because it has no rational.  To it, a learned pattern is a useful pattern.  These learned limiting beliefs can lead you to self doubt.  You may find yourself undermining your ability to succeed in life.  Thoughts such as, “I’m not smart enough,” or “I’m too fat,” or  “I can’t do that,” begin to take over decision making abilities.  Instead of your mind helping you to reach your goals, it can hold you back.

Making things worse, the human mind is good at finding ways of having everything around us confirm our beliefs even if we dislike them.  For example, if you believe that most people are jerks, then everyone you interact with is bound to behave like a jerk. Your mind will notice “jerks” much more frequently than people who are kind to you.  Beliefs can be helpful or harmful because they can dictate how you see yourself in relation to your environment.

Why Limiting Beliefs Are So Strong

Research suggests that in times of stress, filtering out new information is a fundamental human defense mechanism. This means that when you are stressed, you are more inclined to hold on to your established beliefs, even if you discover that these beliefs are inaccurate.  Once again, a pattern is a pattern and the mind uses patterns in the same way a computer uses a program.  Such beliefs are hard to overcome and people cling tenaciously to them, regardless of contradictory evidence.

While it may be hard to change these beliefs, it is not impossible. One way to do it is through hypnotherapy which is a therapeutic form of hypnosis.  Once the person enters the hypnotic state, their conscious mind takes a back seat to their subconscious mind which is where all beliefs reside.  Since your mind is much more highly suggestible in this state, you are able to take on new positive beliefs to replace the previous negative ones.  It within this window of opportunity that we are able to give your mind positive suggestions that build your self-confidence. Hypnotherapy gives you the ability to take control of your mind – allowing you to take control of your life.

Sasha Carrion Life Coaching and Hypnotherapy
5.0
Based on 112 Reviews

Sami A.
2020-07-20 16:01:23
It's not often you come across someone who not only has the passion but the ability to change your life. I've struggled with pretty severe depression for...

Maria G.
2020-05-15 11:32:57
Sasha's voice has been in my head for years! Her hypnosis sessions have been extremely effective and really pleasant to listen to. With all the stresses in...