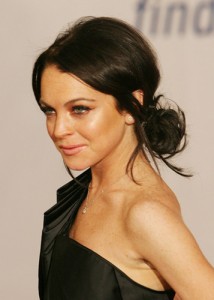 According to reports, actress Lindsay Lohan is seeking hypnotherapy to help her quit smoking before her stage debut in a London production of David Mamet’s “Speed-The-Plow” later this month.

“Lindsay knows that all eyes will be on her and she’s worried that if she really starts to crave nicotine when on stage, it’ll put her off,” a source was quoted by The Sun newspaper as saying.

Lohan’s chances of being successful with hypnosis depend on her level of commitment to the goal for which she seeks help.

If she’s making the move due to a push from a team member — PR rep, agent, manager — the chances of the therapy being successful are slim. True change can’t be part of a PR ploy — it is accomplished out of a true desire to heal, which can only come from within.

How Does Hypnosis to Quit Smoking Work?

Since the nature of hypnosis involves accessing the subconscious mind, the therapy will only work if the subject’s mind is in line with what the person wants; otherwise, the mind will resist. The person seeking hypnosis must be sincerely committed to the goal.

In the case of smoking cessation, the number of sessions required varies from person to person. Some might quit after the first session, while others might need more.

I had one client who quit smoking after six sessions. Though it took him longer than others, I truly admired his determination. I didn’t have to encourage him to keep at it — he had made up his mind, so once he put the work in, quitting was inevitable.

While surface issues like quitting smoking might be what initially prompt a person to seek hypnotherapy, what they are really seeking is the ability to take control of their lives.

That’s where I come in.

My approach is to get to the core of what is causing the undesirable thoughts and behaviors, for, if we resolve the cause, the effects will also cease.

If a celebrity client with a history of destructive behavior comes in for hypnosis to quit smoking, I know that smoking is just one aspect of a larger issue. Instead of going right into quitting smoking, I work with the person to build a solid foundation of no longer needing destructive coping mechanisms.

My goal is to build them up, to make them strong and in their own power, so that no matter what comes their way, they can cope with it without cigarettes, or any other destructive crutch.

Lohan is not the only celebrity who has turned to hypnosis to quit smoking.

Oscar winner Matt Damon’s cigarette cravings disappeared after three hypnosis sessions: “[My hypnotherapist] taught me that the reason you finally quit is because you look at what cigarettes do to you,” Damon told Parade magazine. “Once you realize the consequences, it’s no longer an option for you to smoke. I think that applies to any addiction.”

Charlize Theron, also an Oscar winner, smoked heavily as a means of coping with stress — at times as much as three packs a day, according to The Mirror. “After several attempts to quit, Theron has reportedly stopped smoking with the aid of hypnotherapy,” according to Everyday Health.

“Some people may not believe in the powers of hypnosis or think it’s all about swinging a watch about, but Lindsay is willing to try anything to make sure she’s a hit,” The Sun quoted its source as saying.

There is no end to what hypnosis can help the actress achieve — so long as her motivation and commitment are sincere.