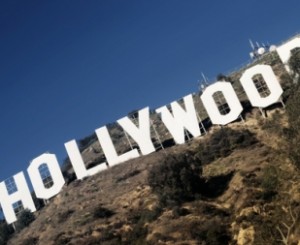 Hypnosis is a powerful tool that actors have been known to use to help them with various challenges. Hypnosis has been able to help Hollywood stop addictions such as smoking, lose weight, get past acting blocks and increase self-esteem.

One of the main reasons actors enjoy Hypnosis is because it helps them to detach themselves from the characters that they have played on either TV or the big screen. It is particularly important if the last role played was a very dark or negative role. This is because when a person acts, they literally put themselves in a kind of Hypnotic state in which they are able to channel the energy of that particular role. They both physically and emotionally become the character that they are playing. That is how they are able to make everything look so realistic. In their minds, it is. While this makes for great movies, an issue arises in the fact that everything you do has an effect on you. Often than not, the lines between an Actor’s identity and that of their character, often become blurry. Unbeknown to the public, this situation takes a toll on a person. It can cause all kinds of imbalances in a person’s behavior as well as their physical health. That is why Hypnosis is so highly sought after by Hollywood.

Hypnosis / Hypnotherapy allows actors to center themselves and tap into who they truly are so that they can detach themselves from their roles when they need to. It also gives them the control to easily enter into a Hypnotic Acting State which will allow them to give Oscar Winning performances. And for those who need to quickly move from one role to another, Hypnosis helps Actors to let go of their past role and move into their new one with ease.

Hypnosis also allows Actors to figure out who they are as opposed to who they are “supposed” to be. This allows them to keep themselves focused on their acting careers as well as on what makes them happy. There is a part of each and every person that knows all their problems and all their solutions. Hypnosis allows you to tap into that part of you.

Sasha Carrion, CHt keeps high standards of confidentiality so that all information is 100% confidential.