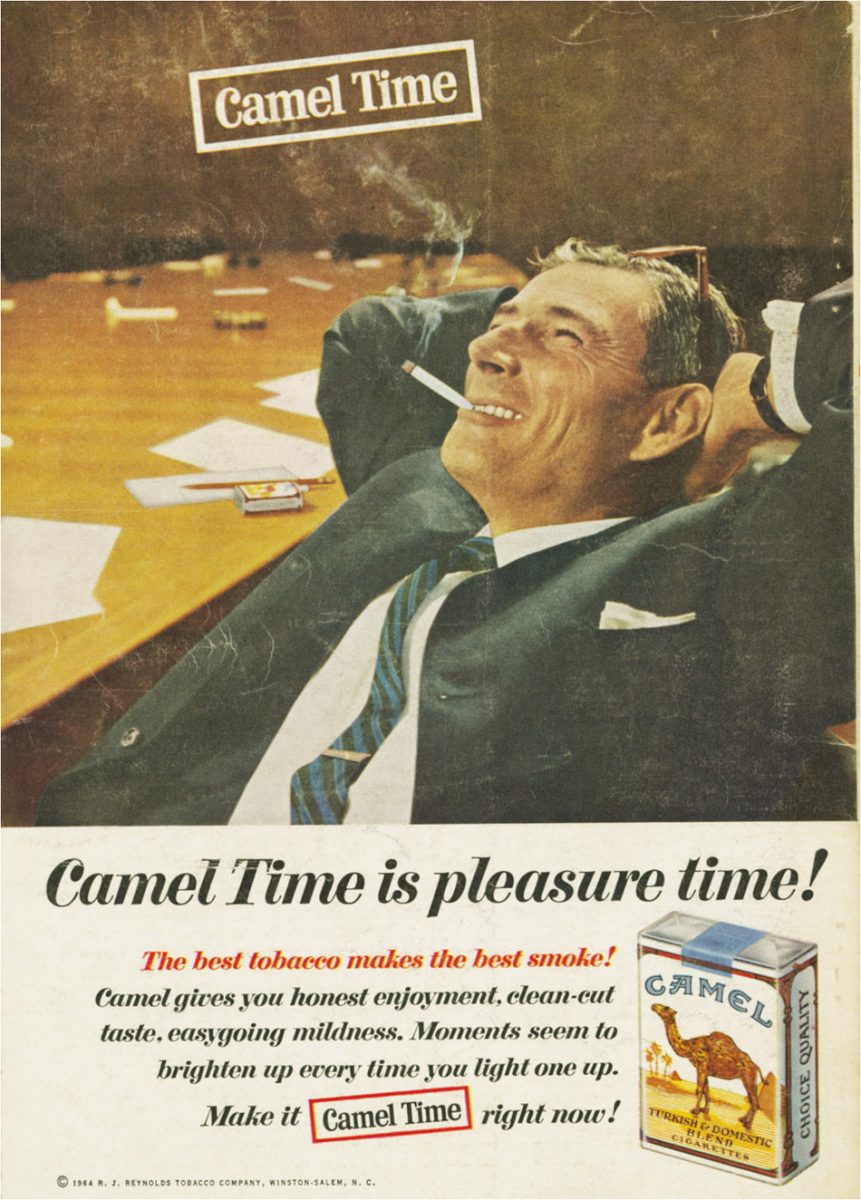 Almost every single smoker who comes in for a smoking cessation session will say that the main reason that they’ve been smoking is because it relaxes them. You can see in their eyes that they truly believe this. That is because smoking for the sake of relaxing is one of the biggest myths in relation to cigarettes.

Studies have clearly shown that nicotine, the addictive chemical in cigarettes, in and of itself causes increased levels of stress and anxiety. Yet many smokers claim to feel a sense of relaxation just after they light up. This, say psychologists, is actually the effect of the smoker getting his regular hit of nicotine to stave off feelings of withdrawal.

Psychologist Andy Parrott whose research has appeared in the medical journal, The American Psychologist, says that long term smokers depend on their nicotine fix to maintain normal moods. This is due to nicotine addiction. Furthermore, he explains that smokers have mistakenly formed an association between cigarettes and feelings of relaxation and pleasure. This partially stems from the decade’s worth of propaganda that the cigarette companies have used to brainwash people into giving them money for something that will make those same people sick. For some, that meant death. 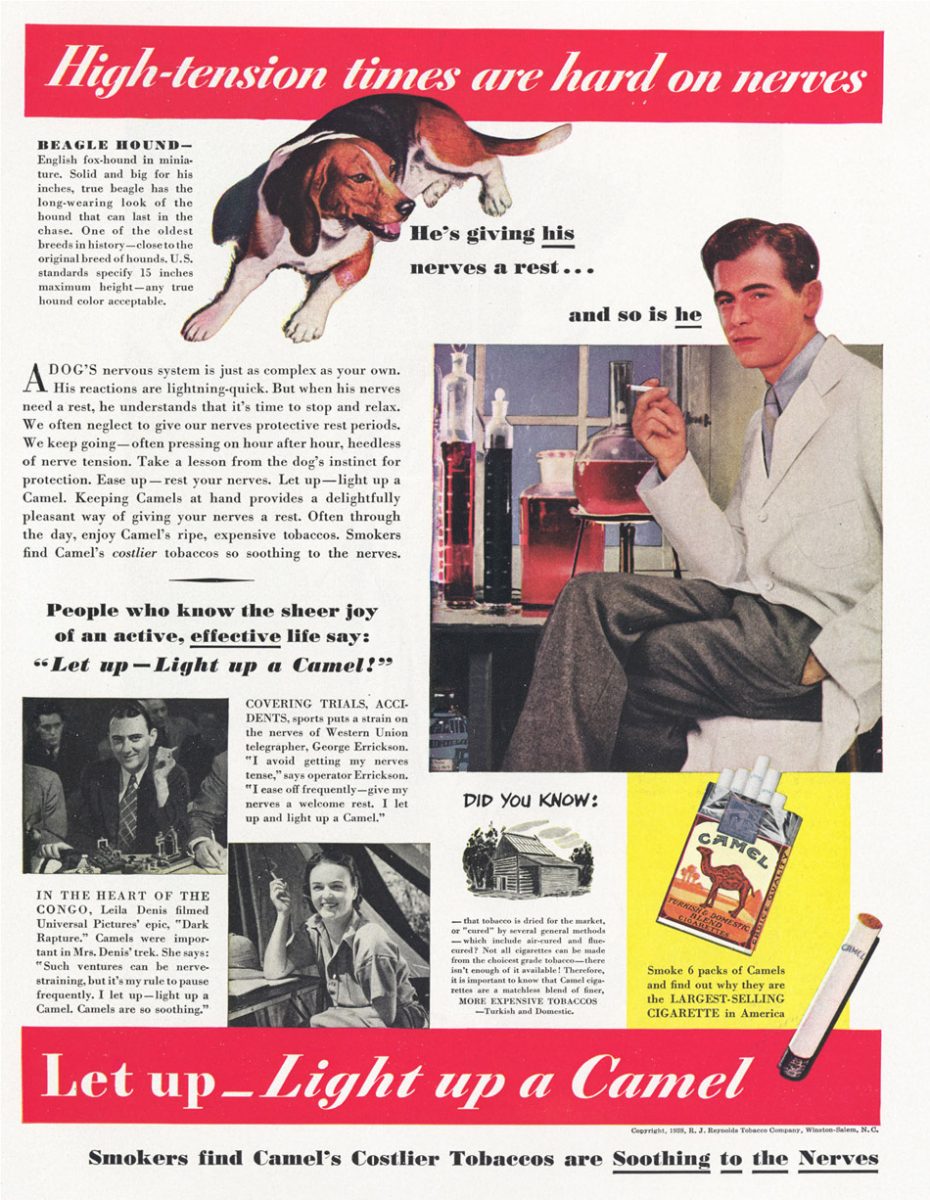 Before cigarette commercials were banned from television, they portrayed smoking as a healthy pastime, one that helped to ease stress and foster relaxation. Some of the earliest print work ads and commercials went as far as showing doctors smoking. The inferred suggestion was that smoking must be good for you if doctors were doing it, so it must be ok. That added with the idea that cigarettes could lessen stress tricked millions of people into becoming addicts. Further indoctrination came from movies, television shows and other popular cultural references which showed cigarettes in a positive way.

The goal of cigarette advertising was to create positive associations between relaxing events and cigarettes. People with busy careers were taught that cigarettes would calm their nerves and help them focus on important tasks. Cigarettes became the way to take the edge off the day. Cigarettes companies were keen at finding new ideas of cross wiring cigarettes with anything pleasurable and soothing. Their deceitful ads managed to intertwine the feeling of how one feels after sex with smoking, creating the idea of ultimate satisfaction. While popular culture has shifted away from smoking, many of these associations remain in the minds of many. This is why it is important to see cigarettes for what they truly are – cigarettes are a stimulant poison. 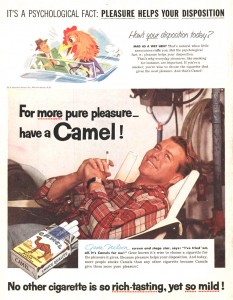 You don’t even have to look at the scientific evidence to know that smoking is not relaxing. Smokers are anxious people. Since most public places and private workplaces do not allow smoking in them, smokers are constantly biding their time until their next hit of nicotine. If you smoke, think about how you feel between cigarettes. What is it doing to you?

Smokers can’t take increased stress and anxiety because they are already experiencing plenty of it. They just don’t realize it. Add some more stress and anxiety and they stop being able to cope which is why they will chain smoke in stressful situations. No surprise, the majority of people who come in to stop smoking in my area are people in the entertainment industry. This is LA after all.

Smoking is hazardous to your health, both physically and mentally. If you want to feel “normal” again, without that urge to take a puff off of something that may kill you in the long run, I can help you.

Smoking does not relieve stress